Through My Screen Door 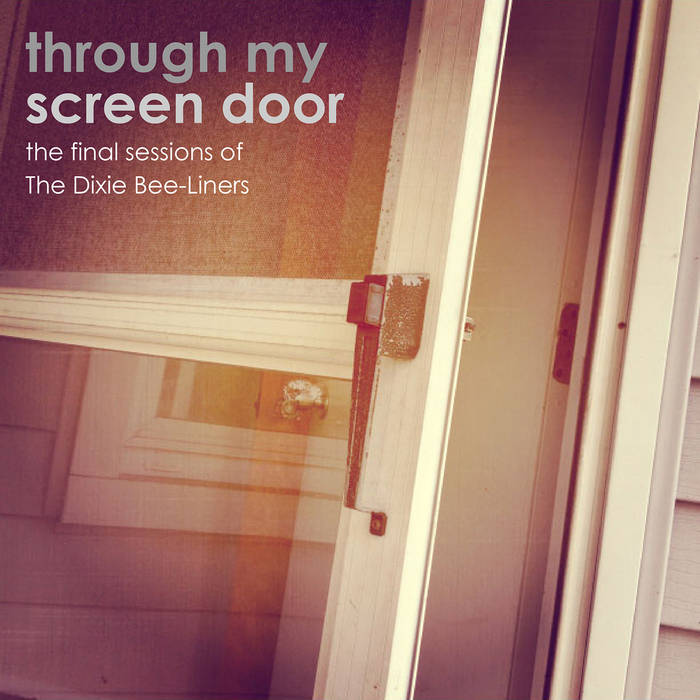 [These tracks are selections from "Through My Screen Door", recorded with the Lantern Sound Recording Rig at the Groove Shack, and engineered by Mick Hargreaves.]

"This is the most honest music we've ever made," states producer and DBL co-founder BRANDI HART. "It's beautiful -- and beautifully imperfect. It takes me right back to the studio, like I've plopped myself in a fireside chair and settled in for a session."

Producer/co-founder BUDDY WOODWARD expounds on the band's decision to 'go electric:' "We had so many new visions and sounds that didn't seem to fit within the lines. So we got ourselves a bigger canvas."

FROM THE REVIEW in NO DEPRESSION:
nodepression.com/album-review/dixie-bee-liners-through-my-screen-door

It is a short string, as the title of this album suggests: Through My Screen Door: The Final Sessions of The Dixie Bee-Liners. Four albums. Four exceptional albums. They should have made it. They should have been big. Maybe they still will be, even if posthumously.

I would bemoan the band's demise if I was not sure that the music will survive and that more will be forthcoming, if not specifically by the band. Lead singer Brandi Hart, now that this album is completed, is gearing up for a solo and/or new band run. Buddy Woodward, who penned and co-penned so many of the band's songs, is assumedly doing the same. Indeed, all of the band members have bright futures. Just listening to the DBL albums convinces me of that, the musicianship quality all the way.

Musically, the band ends their existence on an upswing. Nine superb tracks written by a slew of songwriters including Hart and Woodward. Songs with roots and songs with heart. For instance, the Woodward-Hart-penned “You Old Bag O' Bones” which could have been either a Dinah Shore or Peggy Lee song from the fifties or early sixties. “Cornbread Stomp” which drives a simple almost-swamp groove stake through the soul. “Dead Inside,” written by Hart and Power-Pop stalwart Ken Stringfellow, a simple hook blossoming into Pop hit. “Pretty Saro,” a traditional folk-song-turned musical marvel a la what Sandy Denny did so well during her reign. “Like a Summer Storm” a straightforward bluegrass/folk ballad, again Hart-penned.

All songs are exceptional, but the one which strikes home is the title track, “Through My Screen Door.” This one is personal and deep and I can't quite put my finger on why simply because it is so personal and deep. “I know what he does when he's alone,” Verse One begins, “I see it in his eyes.” Followed by Verse Two's “God knows what I do when I'm alone, Ain't no use telling lies.” Mention of the devil and the pounding beat and stacking of background vocals and instruments make me wonder. It seems to be... I don't know what it seems to be. Intense. I am sure that's why the sequencing places it at the end of the album.

Yes, I regret the end of this band. And, no, I don't. Sometimes it is time to move on and they are doing just that, only as individuals and not a band. And they have left us with music to treasure--- especially Through My Screen Door.

Bandcamp Daily  your guide to the world of Bandcamp